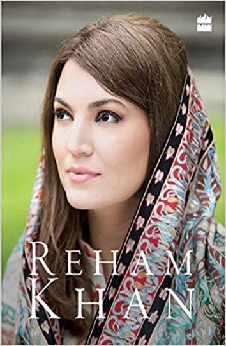 Reham Khan’s eventful life took her from Gaddafi’s Libya to Zia’s Pakistan and thence to England as a teenage bride, before she returned to Pakistan in her forties. Her life has been one of extraordinary contrasts: she has been through a violent marriage and domestic abuse, and has had to negotiate the murky world of Pakistan politics; but her story also includes the rebuilding of her life after she chose to end her first marriage, raising three children single-handedly and at the same time, building herself a successful career both in the UK and in Pakistan. Reham Khan’s story is ultimately one of resilience, strength, courage and conviction. It is the story of a woman who believed in herself and stood up to the world despite the fact that the odds were stacked against her – and ultimately emerged victorious. In clear, crisp prose, Reham Khan tells her story with wit, intelligence and candour. This is a memoir that will engage and surprise readers of all ages and of both genders; to many it will be an inspirational tale from a woman who fought for respect and for her identity on her own terms, a woman who is a survivor, and a winner.

Be the first to review “Reham Khan” Cancel reply