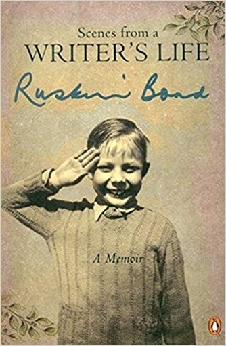 Scenes From A Writer’s Life

In Scene’s from a Writer’s Life, Ruskin Bond recollects his earliest memoirs, which are rather bittersweet and relate to Jamnager where he lives till he is six. The happy hours spent in exploring the Ram Vilas Palace grounds and playing with his younger sister Ellen and the palace children are overshadowed by the acrimonious relation between his parents. Their estrangement while he is still a child leaves him with a lifelong sense of insecurity. His unhappiness is exacerbated by the untimely death of his father?his emotional anchor?when the author is just ten. Forced to stay with his mother and his stepfather, both of whom are absorbed in their own worlds, he tries to fend off his loneliness through books and the company of a few friends. Left for the most part to himself, the gentle dreamer realizes very early?as ‘a pimply adolescent’?his calling as a writer. His first book, The Room on the Roof, materializes in England, the land of his forefathers, where he is sent to make a career for himself. Despite the unexpected success of his novel, which wins a major British literary prize, the author’s yearning for India is too powerful to let him remain abroad for long. He returns and begins a writing career which has spanned four decades and earned him a place in the pantheon of great Indian writers.

Scenes from a Writer's Life Reviews