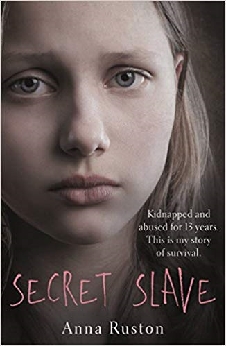 Secret Slave: Kidnapped And Abused For 13 Years. This Is My Story Of Survival.

You’re not going home. You’re not going anywhere. You’re mine now. Growing up in a deeply troubled family, 15-year-old Anna felt lost and alone in the world. So when a friendly taxi driver befriended her, Anna welcomed the attention, and agreed to go home with him to meet his family. She wouldn’t escape for over a decade. Held captive by a sadistic paedophile, Anna was subjected to despicable levels of sexual abuse and torture. The unrelenting violence and degradation resulted in numerous miscarriages, and the birth of four babies… each one stolen away from Anna at birth. Her salvation arrived thirteen years too late, but despite her shattered mind and body, Anna finally managed to flee. This is her harrowing, yet uplifting, true story of survival.

Be the first to review “Secret Slave: Kidnapped And Abused For 13 Years. This Is My Story Of Survival.” Cancel reply