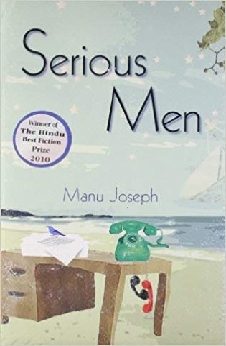 Ayyan Mani appears to be just another man in Mumbai, stranded in the rot of a good marriage, an unremarkable life and a dead-end job as personal assistant to an insufferable astronomer called Arvind Acharya at the Institute of Theory and Research. To entertain himself and to give his wife the hope that they are heading towards a spectacular future, Ayyan embarks upon a secret game, weaving an outrageous fiction around his ten-yearold son. As he builds the small plots to promote the myth, he sets in motion a chain of events that soon threatens to overtake him. When the formidable reputation of Arvind Acharya, who is obsessed with the theory that microscopic extraterrestrials are falling on Earth all the time, plummets after a major scandal, and he is rocked by the vicious office politics in the institute, Ayyan sees in the crisis an opportunity to further his own game and make his son a national celebrity. But in the exhilaration of the game lurks danger. Alternately funny and poignant, Serious Men is a savage satire on class, love, relationships, and our veneration of science.

Be the first to review “Serious Men” Cancel reply