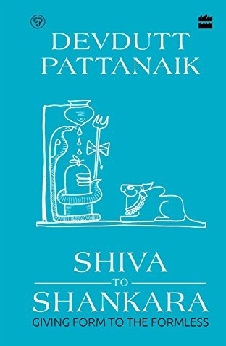 Shiva To Shankara: Giving Form To The Formless

We live in times where people have extreme views. On the one hand, there are scholars who describe Shiva’s linga literally as a phallus, and see all metaphoric meaning as embarrassed apology of the uneducated. On the other hand, we have puritanical Hindus who want to strip the Shiva linga of all sexual meaning and sanitize Shiva’s lore. In both cases, a symbol is being reduced to a sign. In Shiva to Shankara, Devdutt Pattanaik, India’s leading mythologist, seeks to bridge the gap. As he explores the layers of meanings embedded in Shiva’s linga, we discover why and how the Goddess transforms Shiva, the hermit, into Shankara, the householder.

Be the first to review “Shiva To Shankara: Giving Form To The Formless” Cancel reply