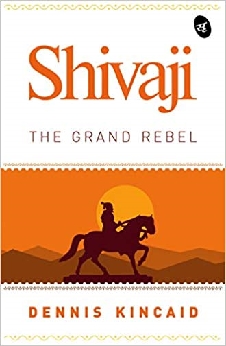 “States fall, empires break up, dynasties become extinct, but the memory of a true “hero as King” like Shivaji remains an imperishable historical legacy” Jadunath Sarkar, House of Shivaji (1919)
Shivaji Bhonsle was an Indian warrior king who went on to lay the foundation of the strong Maratha Empire. The first Chhatrapati, he is known to have outdone his predecessors as well as successors in giving an identity and status to Marathas.
A tactful military commander and skilled administrator, he steadily built his army from a mere two thousand soldiers to almost five-fold and also developed a naval force. He defeated Afzal Khan and Adil Shah, giving strong resistance to the Mughal forces.
From forming guerrilla forces to immensely contributing in the development of the civilization of Marathas, he carved a niche in all spheres of operation.
Shivaji: the Great Rebel explores the lifespan of Shivaji as an Indian king who instigated a new fire in the hearts of people against the Mughal Empire and taught them to fight for their rights. It highlights Shivaji as one of the prominent rulers to inspire people to fight for Hindu pride and raise their voice against cruelty. He stood up to guard and preserve the nation’s honour and is a great source of inspiration till date.

Be the first to review “Shivaji: The Grand Rebel” Cancel reply