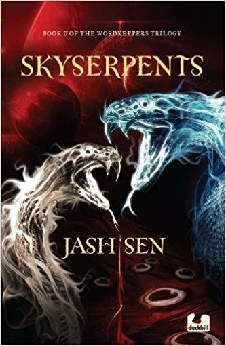 One day they were here and the next day they were gone. The world is in great danger. Kali, the powerful god, has a new weapon, the deadly Skyserpents and the avatar, Bilal and his twin, Anya are the only ones who can save Earth from complete destruction. Hope exists and if they succeed, more than one world can be saved. In the second book of The Wordkeepers Trilogy, the twins’ journey takes them from the prison towers of Vishasha to Victorian London to the idyllic world of Alkapuri, where Anya learns a staggering secret.

Be the first to review “Skyserpents” Cancel reply