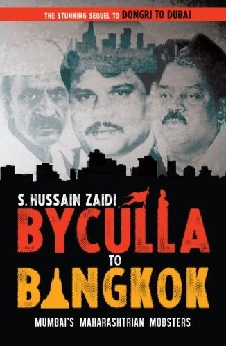 About the bookfollowing the triumph of Dongri to Dubai, S. Hussain zaidi is all set to woo readers with his new book, byculla to bangkok. Its captivating plot revolves around the reality behind the lives of mumbai gangsters and how they became that way.this book trails the rather innocent childhoods of criminals like chota rajan, arun gawli, ashwin naik and many more, who were popular mafia leaders of the mumbai underworld. How their callow and ingenuous minds were subjected to crime and violence, so much that it became part of their identities, is very effectively captured in this narration.inhumanity and deception are prevalently portrayed in the book, showing why these lads became vengeful. The story describes the means by which they grew into a family of organized criminals, powerful enough to hold an entire city under bribery and extortion. The contrast between their simple beginnings and later lives of atrocities makes byculla to bangkok a compelling read.being the business capit

Be the first to review “Byculla To Bangkok” Cancel reply