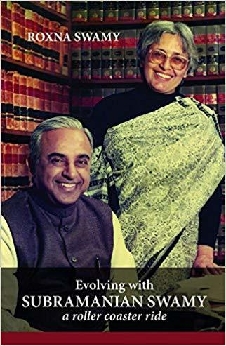 As recounted in the Preface, the idea of this book arose less than two years age, “when someone in the BBC asked me for an interview about my life during the Emergency”. The BBC correspondent, no doubt politically correct, failed to cover the author’s recollections which included some rather unflattering aspects of a national “hero.” As the author put it, ” The broken promise confirmed my rather poor opinion of the time serving nature of the Infian/Media intelligentsia; and I realized that if this Vajpeyee recollection was ever to go on record, it would have to be me who made the effort”. It then occurred to the author that quite a lot of other incidents that she had personally witnessed/experienced in a rather colourful life with her scholar-turned-politician husband, would never get told at all, if she herself did not make an effort to place them on record. Hence this book, which covers roughly the background and first quarter century of her life with her controversial husband, Subramanian Swamy.

Be the first to review “Evolving With Subramanian Swamy” Cancel reply