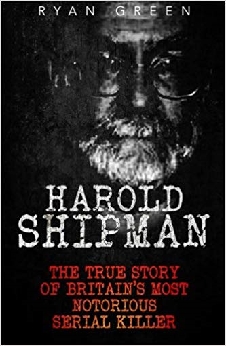 The man on the cover of this book looks like he could be anyone’s grandfather. It’s easy to imagine him doting on his little grandkids, reading them stories from his lap and letting them play with his big, bushy beard. If you were told he was a doctor, I bet you’d imagine he was a good, kind and gentle one, with an easy, affable manner and deep care for his patients.
Harold Frederick Shipman certainly projected all those qualities, but only so that he could hide the evil that lurked deep inside. Shipman abused his trust and used his position to kill ? no less than 218 of his patients found their end at his hand, making him the United Kingdom’s most prolific serial killer by a long shot.
This book tells Shipman’s story, from his childhood under a domineering mother to his pathetic death in a prison cell. It will put you in the perspective of those who lived and worked in proximity to him, showing you the considerate but sometimes haughty doctor he presented himself as before taking you through the process of wrenching off that mask and uncovering the full extent of the evil festering within.
We will make a study of the man’s possible motives and close with a look at the systemic failures that allowed him to kill and steps taken to make sure nothing like his murderous spree ever happens again.
Scroll up and click on the Buy Now button at the top of this page and begin to look into the life and mind of the ultimate human paradox: the healer who kills ?Doctor Death?.

Be the first to review “Harold Shipman: The True Story Of Britain’s Most Notorious Serial Killer” Cancel reply