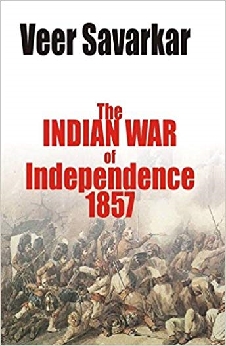 This book is a step by step account of the uprising of the Indian masses against the ruthless British empire. Tracing the footsteps of the barefooted, undernourished and almost unarmed Indian common folks challenging the British bullets with sheer force of will power. This book became the bible for Indian revolutionaries and so was proscribed or banned by the British government. Due to the ban the book was smuggled in India and England after it was published in Holland and was sold a at price of Rs. 300/- in the year 1910.