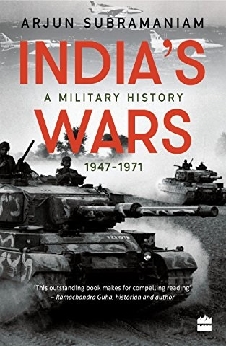 The armed forces occupy a special position in Indian society. Yet, standard accounts of contemporary Indian history rarely have a military dimension.

In India’s Wars, serving Air Vice Marshal Arjun Subramaniam seeks to give India’s military exploits their rightful place. Beginning with a snapshot of the growth of the armed forces, he provides detailed accounts of the principal conflicts from Independence to 1971: the first India-Pakistan war of 1947-48, the liberation of Hyderabad and Junagadh, the campaign to evict the Portuguese from Goa in 1961, and the full-blown conventional wars against China and Pakistan.