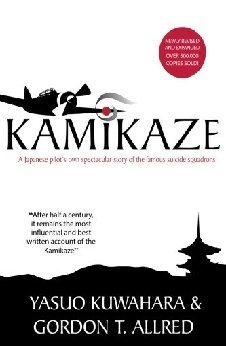 Kamikaze: A Japanese Pilot’s Own Spectacular Story Of The Famous Suicide Squadrons

Originally published in 1957, this enduring classic?the first-ever English publication cowritten by a Japanese suicide pilot?remains a touching and insightful look into the world of the kamikaze. This edition, now completely revised, reflects the valuable insight and perspective gained by the author since the time of the book?s initial publication. From the age of 15, Yasuo Kuwahara began a life of military service that included suffering through brutal basic training, participating in ferocious aerial combat against the Allies, and avoiding a suicide mission when an atomic bomb was dropped in Hiroshima, near his hometown. From being handpicked for kamikaze service to finding the discipline to die for the emperor, this history presents a firsthand account of the fascinating life of a kamikaze fighter pilot.

Be the first to review “Kamikaze: A Japanese Pilot’s Own Spectacular Story Of The Famous Suicide Squadrons” Cancel reply