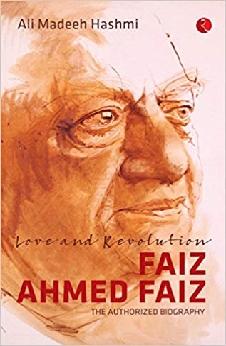 Love and Revolution is the first comprehensive biography of the best-known Urdu poet of recent times, a portrait of the man behind the poetry?activist, revolutionary, family man, connoisseur of life?and a reading of his poetry in the context of his life and times.
Living through the holocaust of partition, Faiz tried to make sense of it through his poetry. In the new nation of Pakistan, he played a prominent role not just as a cultural ambassador but also as a journalist, an important voice of dissent that refused to be stifled, a builder of enduring cultural institutions and an educationist. Awarded the Nishan-e-Imtiaz, Pakistan’s highest civilian honour after his death, Faiz served prison terms and faced the threat of execution during his lifetime for his left leanings and outspoken criticism of the authoritarian regime.Written by Faiz’s grandson, this book grants the reader privileged access to the poet through the memories of friends and family members as well as rare letters, documents and photos.

Be the first to review “Love And Revolution: Faiz Ahmed Faiz” Cancel reply