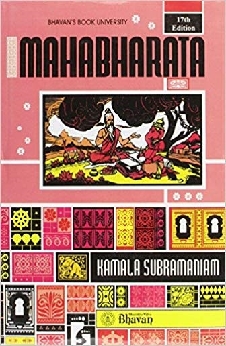 Long ago, the Earth witnessed a catastrophic battle. It was a time when the Gods walked the world and mankind knew secrets they have long since forgotten. In such a time, there were two half-brothers named Pandu and Dhritarashtra. They were the heirs of the Kuru dynasty, the mighty kingdom fathered by the legendary Bharata, son of Shakuntala and Dushyanta. However, neither were fit to rule. Dhritarashtra was born blind, and Pandu had an illness which doomed him to die were he to ever engage in sexual intercourse. Dhritarashtra marries Gandhari, who bears him one hundred sons, the hundred Kauravas. Pandu marries Kunti, the adopted daughter of King Kuntibhoja, and Madri. Kunti s miraculous ability to summon Gods to grant her children yields Pandu five heirs, the Pandavas. Although the vast empire of Bharata had to be equally divided between the cousins, the Kauravas greed knew no end. Soon, this very greed engulfs both families in a battle that immortalized their names in legends and songs. Attributed to the Sage Veda Vyasa, the Mahabharata is one of the two great Epics of India, and this English translation retells the story for a new generation.

Be the first to review “Mahabharatha” Cancel reply