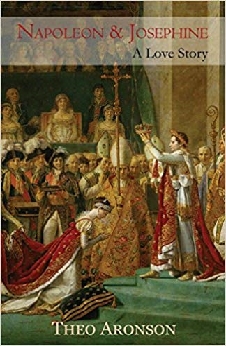 To live through Josephine – that is the story of my life.’ So wrote the young General Bonaparte a few weeks after his marriage to the soignee and seductive widow, Josephine de Beauharnais. And although Napoleon’s marriage was certainly not the whole story of his extraordinary life, it was one of the most fascinating aspects of it.
Theirs was an attraction of opposites. The couple suited each other very well, with Josephine’s charm and languor serving as an excellent foil for Napoleon’s brusqueness and energy. Throughout his spectacular rise to power and years of triumph, Josephine proved a graceful and accomplished consort.
Yet their relationship was anything but tranquil. Besotted by Josephine during the early years of their marriage, Napoleon – in the face of her indifference and infidelity – gradually became less obsessed by her, while she, in turn, became progressively more enamoured of him. As a result, their relationship developed into one of the most intriguing, tempestuous and touching in history. Napoleon, although disillusioned, never really ceased to love Josephine and it was only her inability to bear him a child, and so present his Empire with an heir, that led him to divorce her. ‘If he was ever really stirred by any emotion, ‘ claimed one of the Empress Josephine’s confidantes, ‘it was by her and for her.’ Their story remains, quite simply, one of the greatest love stories in the world.
Theo Aronson, well known for his incisive and readable royal biographies, has found the ideal subject in the story of Napoleon and Josephine. By incorporating all the recent findings on the couple – such as the new view of Napoleon’s parents, Josephine’s love letters to Hippolyte Charles, Napoleon’s complex sexual orientation – and by making full use of his own talent for narrative and characterisation, the author has been able to present this famous romance in a fresh and absorbing fashion.

Be the first to review “Napoleon & Josephine: A Love Story” Cancel reply