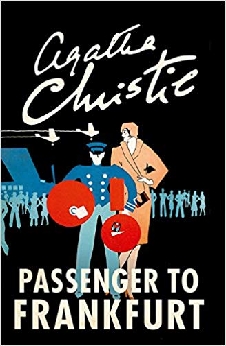 A middle-aged diplomat is accosted in an airport lounge and his identity stolen?

Sir Stafford Nye’s journey home from Malaya to London takes an unexpected twist in the passnger loungs at Frankfurt ? a young woman confides in him that someone is trying to kill her.

Yet their paths are to cross again and again ? and each time the mystery woman is introduced as a different person. Equally at home in any guise in any society she draws Sir Stafford into a game of political intrigue more dangerous than he could possibly imagine.

In an arena where no-one can be sure of anyone, Nye must do battle with a well-armed, well-financed, well-trained ? and invisble ? enemy?

Be the first to review “Passenger To Frankfurt” Cancel reply