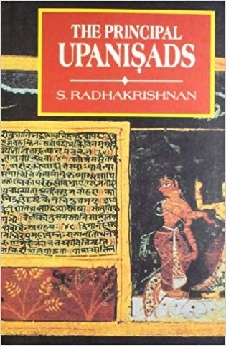 The Principal Upanishads originally published in 1953, is a modern compilation of the Vedic scriptures, The Upanishads, which are about two hundred in number. They are considered to be holy texts by Hindus. They teach one about life, philosophy, religion, human salvation and the nature of ultimate reality.

The Principal Upanishads, translated from Sanskrit to English, starts off with an introduction that is 129 pages long. In the preface of this book, the author, S Radhakrishnan, explains the significance and the value of these holy scriptures and how they form the foundation for the lives millions of Hindus. Dr. Radhakrishnan also says that though the Upanishads may not seem to be important in today’s world, their central values and standards have been an integral part of India’s history and belief system.

The Principal Upanishads covers topics such as atman, religion, karma and rebirth. It also explains the term Upanishad. This book has original Sanskrit teachings of eighteen Upanishads, accompanied by commentaries with verse-by-verse English translations. Some of these Upanishads are Katha, Kena and Jabala. The final pages contains two appendices, which elaborate on Edmond Holmes’ and Rabindranath Tagore’s viewpoints.

Be the first to review “Principal Upanisads” Cancel reply