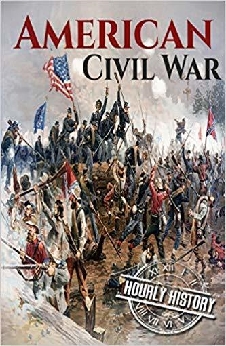 American Civil War: A History From Beginning To End

American Civil War
Beginning with the birth of the nation, slavery divided and caused conflict for the United States of America, worsening during the country?s early decades as the practice became more economically vital. Finally, in 1861, the American Civil War erupted after the election of President Abraham Lincoln. Never acknowledging the South?s right to secede, Lincoln and the North fought the South through four long, bloody, destructive years; much longer than anyone thought the war would last.

Inside you will read about…
– America in the Antebellum Era- Secession and the First Shots- Early Battles and the Turning Point: April 1861-July 1863- The United States and the Confederacy- Women and Blacks in the War- Military Events, 1863-1865: The War Ends- Reconstruction- The Legacy of the Civil WarBy 1865, more than 700,000 American soldiers and civilians were dead (including Lincoln himself), a race of people had been freed from bondage, and an entire country needed to rebuild. The Civil War is of such crucial importance to the history of the United States not just because of these factors, but also because its legacy still lives on.

Be the first to review “American Civil War: A History From Beginning To End” Cancel reply