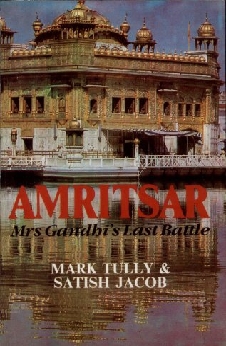 On 5th June 1984, the Indian army began its attack on the complex at Amritsar which house the two most sacred shrines Generals who had pledge to minimum force, and on no account to violate the shrines, were not prepared for the fierce and adept resistance they encountered. Having suffered severe casualties, the infantry were driven back, and as a last resorts -with approval from Delhi-tanks were ordered in. The Akal Takht was virtually reduced to rubble. Its is doubtful if Mrs Gandhi weould have initiated Operation Blue Star had she known how bloody and devastating would be the consequences of that 24- hour conflict.