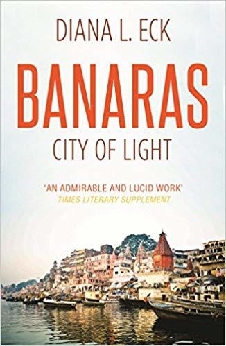 A luminous work, as befits this City of Light. I know of few books that capture the soul of a sacred city to the degree that this one does’-Huston Smith, Thomas J. Watson Professor of Religion, Syracuse University One of the oldest living cities in the world, Banaras is also where Shiva, the Lord of All, is believed to have made his home since the dawn of creation. There are few places in India as traditionally Hindu and as symbolic of the whole of Hindu culture as this city where God is imagined and imaged in a thousand ways. Through her account of the history, geography and art of the city, its elaborate and thriving rituals, its myths and literature, Diana Eck brings out the significance Banaras holds for the millions of pilgrims and seekers who have been coming here for over 2500 years.

Be the first to review “Banaras City Of Light” Cancel reply