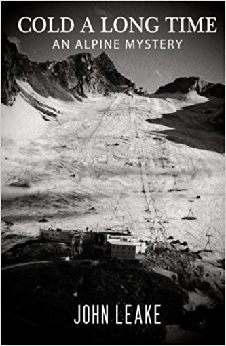 In August of 1989, Duncan MacPherson?a pro hockey player from Saskatoon, Canada?vanished without a trace in Europe. With no help from the police, his parents, Lynda and Bob, drove all over the Alps looking for him, and finally found his car at the Stubai Glacier, a popular ski resort near Innsbruck, Austria. Thus began their twenty-year struggle to discover why their son had disappeared after snowboarding on a beginner slope. Had he, as the local police suggested, wandered off the beaten track and died in a remote area, or had he (as certain signs indicated) been the victim of something sinister?In the course of their search, the MacPhersons encountered an extraordinary cast of characters, including a 5,000-year-old ice mummy, an amnesiac initially thought to be Duncan, a renowned psychic with a startling vision, a charismatic ski resort developer, and a deceptively friendly forensic doctor. In 2009 they asked author John Leake to help them with their ongoing search for answers, and after a two-year investigation, he discovered the shocking reality of what happened to Duncan. Cold a Long Time: An Alpine Mystery recounts the strange and agonizing odyssey of the MacPherson family. It is a story about tremendous love, perseverance, and the irrepressible desire to know the truth, literally at all costs. It is also the story of a twisted cover-up, committed by the ski resort, the local police, and high-ranking officials in Innsbruck. Leake’s findings are the subject of the television documentary “A Cold Case,” produced by the fifth estate?Canada’s premier investigative news program. ?Leake skillfully and exhaustively takes a complex story and makes it eminently readable.?-The Regina Leader-Post”Besides research and writing skills, John Leake brought some crucial assets to the project–fluency in German and a knowledge of its region, its politics, and economics. -Linden MacIntyre, host of “the fifth estate” “You can’t get Todd Mclellan to do anything but watch hockey video, with the exception of reading this book.” -Drew Remenda, host of Sports Night Live “What a compelling read! I love this book.” -John Gormley, host of John Gormley Live.

Be the first to review “Cold A Long Time: An Alpine Mystery” Cancel reply