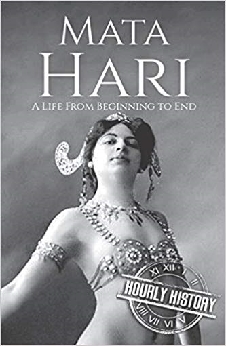 Mata Hari: A Life From Beginning To End

Mata HariThe original international woman of mystery, Mata Hari is maligned as a spy and a traitor. Having seduced a number of the most powerful men in Europe, she was accused of spying for both Allied and Central Powers during the First World War. Mata Hari’s biography tells a different story. From her remarkable transformation from a captain’s wife and mother in the Dutch East Indies to the most celebrated stage presence in Europe, Mata Hari fought for what she believed in. Yet what she believed in was neither France’s independence, nor Germany’s superiority, but her own personal quest for luxury, adventure, and love. Inside you will read about…? A Wife and Mother? The Night of Horror? Code Name H21? Becoming a Spy? The Trial and Execution of Mata HariAnd much more!

Be the first to review “Mata Hari: A Life From Beginning To End” Cancel reply