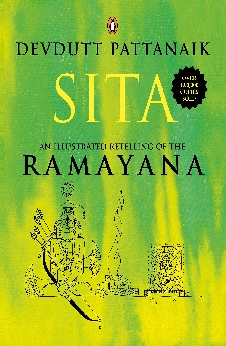 Sita: An Illustrated Retelling Of Ramayana

Sita: An Illustrated Retelling of Ramayana is an epic story based on the life of India’s most admired prince- ‘Rama’ and his wife ‘Sita’. Ramayana is a mythological story, which is being passed on from past many generations. Since ages, the character that is most emphasized has been that of Rama, who has always been known to keep his word whatever be the circumstances. The role of Sita has been generally overlooked in the past. Sita too is a pivotal character being a single mother; she went through many ups and downs all alone. Still, she has often been portrayed as a frail and meek character.

In the present book, the author has emphasized on this very fact that Sita, though shown as a submissive character, was a woman who had massive strength. In the book, the author has shown Sita’s childhood in a more detailed manner. Her relationship with her father, king Janaka, who was a very sober and spiritual person, Sita’s forest stay with her husband and after that her lone stay, her connection and conversations with the women in Lanka, at the ‘Ashoka Vatika’, the sentiments that were shared amongst them. Also, depicted is her attachment with her sisters, with the trees in the forest, as she loved her life in forest, her bond with the mother earth.

Be the first to review “Sita: An Illustrated Retelling Of Ramayana” Cancel reply