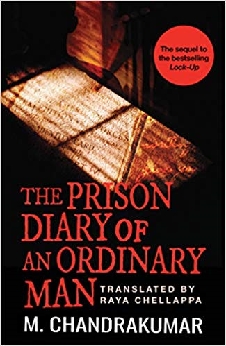 The Prison Diary Of An Ordinary Man

Lock-Up, M. Chandrakumar’s searing account of his arrest for a crime he did not commit, and the two weeks he spent in lock-up, won the Best Document of Human Rights Award. In this sequel, the author writes about the aftermath of his refusal to admit to the crime, as the police wanted him to do. He and his friends are shifted from lock-up to jail, awaiting the next court hearing. The Prison Diary of an Ordinary Man captures their experiences in jail: the politics, the violence, the struggle to retain a sense of dignity, the camaraderie and unexpected support of fellow inmates.
The experiences of ordinary people in jail?the non-political, the non-celebrity?are rarely, if ever, documented. M. Chandrakumar’s honest, eye-opening, engrossing record of his time in jail, and his experiences with the justice system, is a must-read.

The Prison Diary of an Ordinary Man Reviews