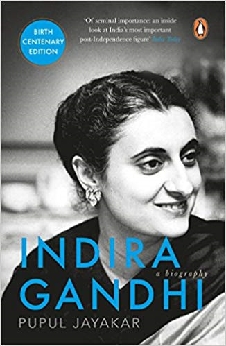 Indira Gandhi’s life was part of the unfolding history of India, intricately woven with India’s past and future. It (became) inevitable, therefore, that politics (formed) a backdrop to her public and often private actions.’ Indira Gandhi’s life spanned over two-thirds of a century. By the time of her brutal assassination in 1984, she had established herself as the most significant political leader India had seen since the death of her father, Jawaharlal Nehru. In this book, written with the close cooperation of her subject, Pupul Jayakar seeks to uncover the many personalities that lay hidden within Mrs. Gandhi. Much more than a political biography, the book reveals the complex personality of Indira Gandhi?her thoughts and feelings, her hates and prejudices, her insights and her faults, her loves and emotional entanglements. Full of startling insights, Indira Gandhi: A Biography paints a magnificent portrait?at once empathetic and unprejudiced?of one of the twentieth century’s most remarkable women.

Be the first to review “Indira Gandhi: A Biography” Cancel reply